A Lost Decade For Emerging Markets

Fading momentum in GDP growth, sizable dislocation of corporate EPS in the midst of an expansion, and U.S.-dollar weakness have all made EM equity investments inferior to U.S. stocks over the last decade.

The Value style has broadly underperformed for more than ten years, and the blame for this dismal decade has often been placed squarely on the Price to Book metric. Could it be that Price to Book’s sullied reputation is undeserved?

The performance derby between actively managed portfolios and passive benchmarks is strongly influenced by market conditions.  Active manager success rates are cyclical, but not random, and are driven by slippage created from style, size, and weighting considerations that result from the imperfect slotting of active portfolios into single style boxes.  Moreover, this slippage can be defined and measured, and shows a clear correlation with relative return spreads between benchmarks and their opposite boxes.

Which box do you check? The “status quo” or the “change of pace?” Keep in mind, the same decision in front of you turned out to be extraordinarily important four years ago. So, which will it be for 2020 and beyond? Large Cap Growth or Small Cap Value?

Late last year, we presented data showing that profitability has become more elusive for small companies despite a record-long period of economic expansion. We discussed the potential causes underlying this phenomenon. 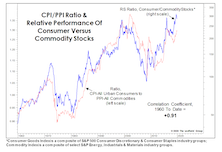 In the aftermath of the Great Financial Crisis, we reminded investors that it would be historically unusual for the thematic leaders of a bull market to repeat as the winners of the subsequent bull.

Energy: Waiting For The Green Light 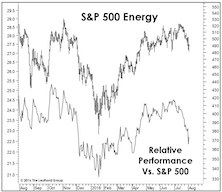 Despite putting in lows in January, the Energy sector has been stuck at the bottom of the GS rankings, and the sector has given up more than half its relative gain over the last several weeks. Perhaps the GS Scores will highlight a better entry point in the months ahead.