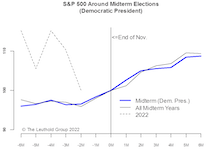 While midterm elections are not typically big market movers, there is really nothing typical about 2022.

From Turkey To Thailand, EM Political Risks Hard To Dodge

A military coup was staged in Turkey on Friday, July 15th, but it was quickly suppressed. The damage, however, was done.

What worked, what didn’t; what you need to consider for investing in Emerging Markets this year. 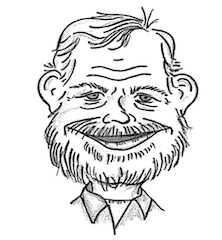 Steve presents some his very long term worries. These include debilitating and dangerous inflation, run away government spending, and an impending crush of personal debt.

We wish you all a prosperous and happy New Year…..And, let us pray my cautious stock market outlook for 2005 proves to be wrong. 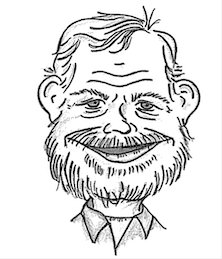 After all the outrage over Enron and other accounting scandals, Congress is now working to over rule the FASB recommendations and guidelines regarding the accounting for options. They have clearly caved to the Tech lobby and their campaign contributions.

Continue to conclude the cyclical bull market prevails but my level of conviction is down a few notches. Also, an oil message from the market and “Don’t Be Economic Girlie Men”.

Leuthold’s thoughts about a potential near-term bull market correction, the current budget deficit, and observations on the political front. 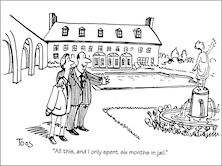 Corporate cleansing - undoubtedly, more fraud yet to be discovered, but real reform is now underway. Also, why the risk of extreme market behavior cannot be quantified. 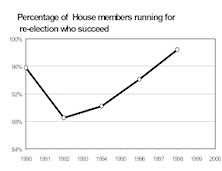 Leuthold’s current point of view and outlook regarding  the Economy, Interest Rates, Inflation, and Earnings.

This Is A Tough Market 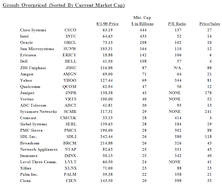 The Value Tide is coming in (finally). In July, Large Cap, Mid Cap and Small Cap Value all outperformed their “Growth” counterparts by  generous margins.

View From the North Country 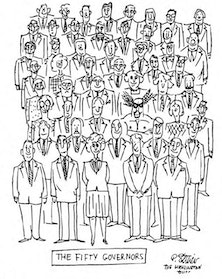 Currency speculators very destructive to global economies. Jesse “The Body” Ventura's victory was not a whim. How much does it cost to get your “Fanny in the Seat?” A look at the financials of baseball.

View From the North Country 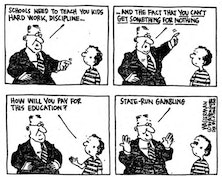 Will the Asian Recession go global? “Gridlock is good", per a Jim Bianco study. Lottery mania, its history in the U.S., and potential effects on society. Also, the past suppression of women’s humor and “Northworst Airlines”. 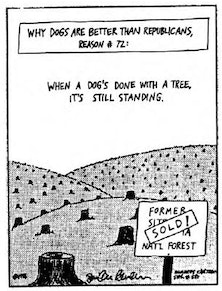 California’s Proposition 211: a blatant, self-serving enrichment scheme that has negative implications for all of us. Good news for stocks and bonds: likely that the Republicans will not lose the House, and will also retain control of the Senate. 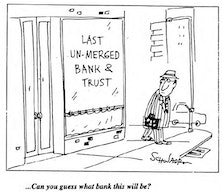 “In Search Of Earnings Disappointments”, Jim Floyd’s late March “The Numbers Game” publication and Perception II’s new clean look. The U. S. Murder rate is now decreasing…This is very surprising to most of us. The Republicans have cleaned house in the House, sharply reducing costs and improving efficiencies. 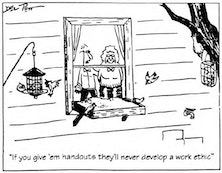 The incentive system from hell: Adjusted for inflation, we now spend nine times as much on welfare as when the War on Poverty began in 1965. Also, an interesting study by Collins Associates: Past performance is not a reliable prediction of future performance and, in fact, is a poor predictor of future results.

From Alabama to Wyoming, our Senators and House members are rated for fiscal responsibility based on a study by The Concord Coalition. See how yours rank.

Some 1994 potential catalysts which could shift stock market psychology.

Our Polling the Pros September results show the Pros are pretty bearish. Politics 1992: Ross Perot is back in the race...will he regain lost support?

A 1992 Voting Guide: The Worst of the Big Spenders

An abbreviated 1992 edition of The Leuthold Group’s study of “Political Fiscal Responsibility”, focusing on what appear to be Congress' best and worst.

Has The Political Tide Again Turned?...Are Government Regulation And Spending On The Rise Again?...Are Higher Taxes On The Way?...Maybe Farmers Should Be Buying Toyotas 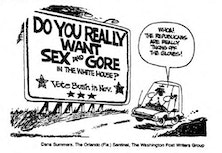 Politics and the Stock Market...Fiscal Reform the Hard Way...What's Up With Gold (Not Much except a Weak Dollar)...Eskom (South Africa's Electric Utility) Bonds: A 20% Yield with Some Risk As Well 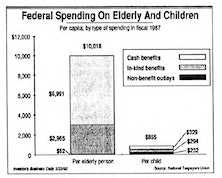 The Ross Perot Factor... Coming Off the Drug Related Highs (The Drug Stocks)...Is The U.S. The Land of Cheap Labor and Long Hours?

Using Roll Call voting record statistics provided by the National Taxpayers Union, we previously examined the Senate. This issue, trends in the House are analyzed. Overall, fiscal responsibility is on the wane, especially with Democrats.

A Different Kind of X-Ray

We hear what the politicians say, but how do they vote? Herein, the 1983 voting records on spending issues are tabulated and compared for every U.S. Senator. We then classify the Senators, ranging from “Tough as Nails” to “Totally Irresponsible.” See where your two Senators rank.

The Art of Politics and Economics

Reagan’s change of economic course, leaving the hard-core supply-siders behind, was constructive, and from our standpoint, expected. Predictions for the next two years include significant social security reform, implementation of a somewhat watered down, but still very meaningful flat tax. Federal deficits in 1983 and 1984 will probably turn out to be less than now expected. And in November 1982, the Republicans will lose some seats, but the Old Cowboy will still be able to get his way with Congress when it is important.