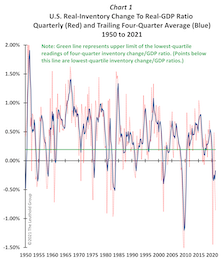 In the second quarter, the U.S. economy suffered another significant inventory liquidation: As a percent of real GDP, inventory reductions subtracted 1.1% from overall real growth. As shown in Chart 1, as a percent of real GDP (red dotted line), last quarter’s inventory draw-down was the second-largest since 2020 and the fifth-largest back to 1950. On a trailing four-quarter basis (blue line), the paring down of inventories in relation to real GDP in the contemporary period is also the fifth-largest since 1950! 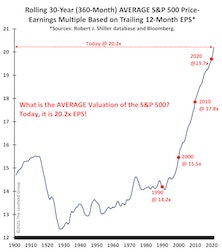 Since 1871, the U.S. stock market’s average, or normal P/E (price/earnings) valuation is 14.6x its trailing 12-month earnings per share (EPS). With the S&P 500 P/E currently above 28x, the stock market appears frighteningly overvalued relative to its 150-year history—this may eventually prove to be an accurate warning of a pending, catastrophic stock market event. Nobody knows for sure. However, using this long-term historical valuation as the “average” or “normal” benchmark for U.S. stocks should be weighed with some skepticism for two primary reasons. 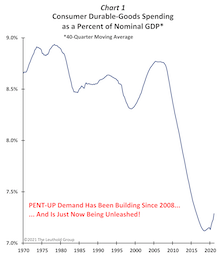 Worries about an impending economic slowdown have recently increased.

First, COVID-related economic shutdowns have again been implemented in some countries, several U.S. jurisdictions reinstated mask mandates, there is growing concern from health authorities about breakout cases, renewed hospitalization-capacity pressure, and anxieties about unvaccinated children going back to school. This has all raised the possibility of another COVID economic shutdown. 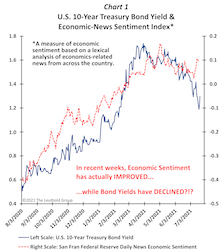 A few unrelated charts with some “short” comments. 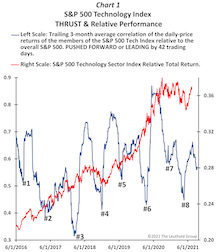 The S&P 500 Technology sector has had an amazing run. Not quite a replay of the 1990s’ dot-com era, but close. In the last five years, S&P Tech has outperformed the overall S&P 500 Index by more than +72% (total return) or +11.5% per annum! Not only is Tech performance remarkable during this period, but the sector very infrequently trailed the S&P 500 (and by just modest amounts). 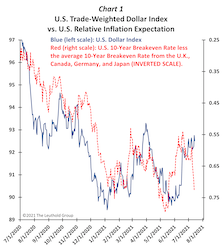 It’s been a lousy week for inflation! Early Tuesday morning, the NFIB Small-Business Price Survey for June reportedly rose to its highest level since 1981. That was shortly followed by the release of the Consumer Price Index, showing Core CPI inflation surged by 0.9% in June, more than double the 0.4% consensus expectation. As the day progressed, both the CRB Raw Industrial Commodity Price Index and the price of crude oil reached new recovery highs. Then, on Wednesday, it was reported that the Core Producer Price Index jumped by 1% compared to an expectation of only 0.5%. So, in surreal fashion, the last twelve months’ consumer- and producer-inflation rates are now suddenly 5.4% and 7.3%, respectively. 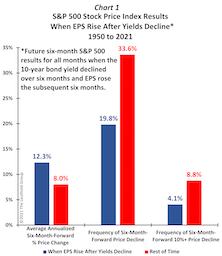 A host of factors have recently been pressuring the stock market. The S&P 500 Index has nearly doubled from its bear-market low in March 2020, signifying one of the strongest 16-month gains in post-war history! After such a robust, uninterrupted advance, it simply feels overdue for a correction. Moreover, compared to historical norms, valuation measures portray an extremely overvalued market. 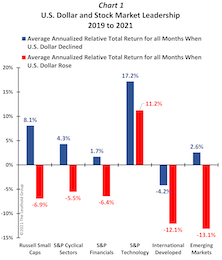 In the last couple of years, the direction of the U.S. dollar has been driving stock market leadership.

Investors primarily focus on earnings momentum, interest rates, and potential fiscal- or monetary-policy changes. However, recently, it may be the U.S. dollar that is making one’s portfolio “sing” or “stink,” as shown in Chart 1.

A Check On Bull Capacity? 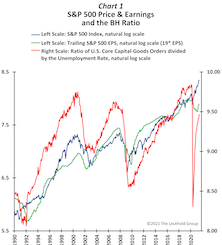 The current bull market has had a great start during its first 15 months! The S&P 500 Index is up slightly more than +90% from its March 2020 bear-market low. Most valuation metrics suggest a highly-priced market; there has been a pick-up in taper talk, a looming fiscal cliff, and this month, the economy appears poised to achieve its peak growth for the expansion. It’s a good time to consider just how much capacity this bull market might have left? 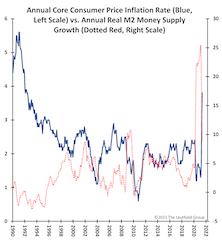 Despite reports of inflation soaring, the Federal Reserve is maintaining the fed funds rate near zero and is persistently expanding QE purchases. These actions certainly leave an impression that nobody is in charge or even concerned about inflation getting out of control. This feeling of vulnerability is made even worse because bond vigilantes appear equally nonchalant regarding potential inflation risks. 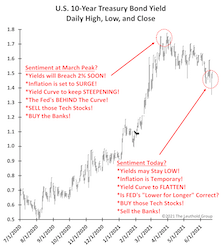 As we near the end of the second quarter, we are struck by how much sentiment has shifted compared to the end of the first quarter. Perhaps this sentiment swing is best illustrated by the bond market.

A Tale Of Tapering 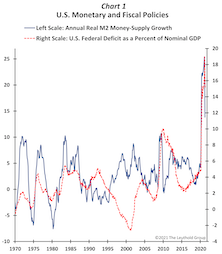 As is periodically the case, the Federal Reserve captured all the attention last week—particularly after bond and stock markets were so reactionary to Fed meeting notes, dot-plot changes, and Chairman Powell’s post-meeting press conference. 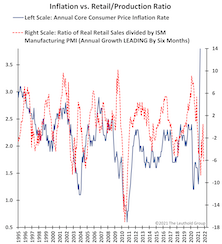 U.S. inflation has surged in recent months for a number of reasons. The most concerning one is the extent to which this elevated level of inflation is due to the overuse and abuse of monetary and fiscal stimulus? Suppose this bout of inflation is primarily the result of rising monetary velocity, or it reflects heightened inflation expectations causing consumers to spend stimulus checks and run-down savings quickly. In that case, it will prove to be a serious and sustained inflationary challenge. Some of it is simply the base effect. A year ago, many prices dropped abnormally, and even a return to more standard pricing will produce a temporary, outsized inflation rate.

Searching For An Inflation Firewall? 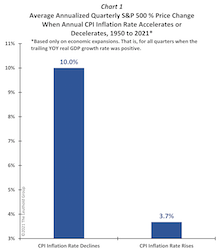 Inflation has arrived, and investors, understandably, are worried about the impact it will ultimately have on the stock market. The S&P GSCI Commodity Price Index has risen by almost 70% in the last year, and annual consumer price inflation has adjusted upward to 5% from essentially zero. Consumer inflation is now at its highest level since 2008 and will likely soon reach a level not seen since the early 1980s! 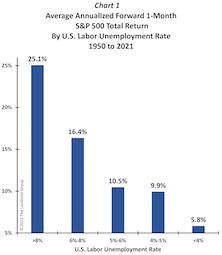 Given how fast the economy is recovering, could the stock market soon struggle with a scarcity of SLACK? Wall Street’s dirty little secret is that, historically, the stock market does best when there is slack on Main Street. This is illustrated in Chart 1, which shows how the S&P 500 has performed at various unemployment rates during the post-war period. 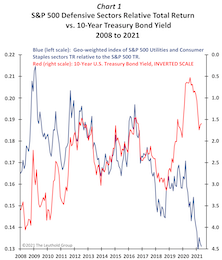 Since 2008, the “direction” of the 10-year bond yield has been highly correlated with stock market leadership. Although the level and direction of yields have always been significant factors for stock investors, their role has seemingly become much more pronounced, since 2008, relative to earlier years. That is, since the Great Financial Crisis, the bond market has been determining, or at least coincidently signaling, which stock cars will be the winners and the losers. 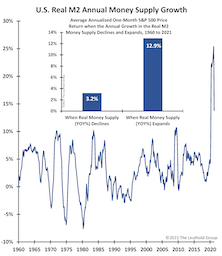 Many worry what will happen when the Federal Reserve finally begins tapering? Quit worrying. Tapering has been happening for the last three months! 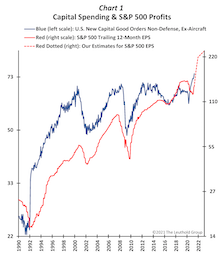 How “Out Of Whack” Is The 10-Year Bond Yield 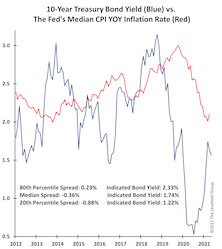 The 10-year Treasury yield is 1.58%, flat with the level it initially spiked to in late February and down from its late-March recovery high near 1.77%. The inflation rate is running far above the 10-year yield, and so is the 10-year breakeven rate. U.S. commodity prices have surged 75% in the last year, and the Atlanta Fed’s GDPNow estimate of current quarter real-GDP growth is a red-hot 10.1%. 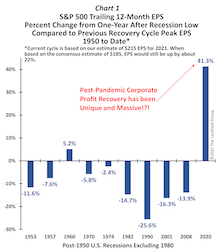 Just a handful of arbitrary thoughts to start the week…